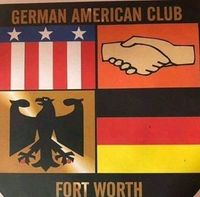 Czech and Then Some formed in January 1997. The majority of the band’s members are of Czech descent and enjoys keeping their Czech heritage alive. The band plays a variety of music consisting of polkas, waltzes, country music and fun dances.

We have also appeared on the Good Morning Texas Show on WFAA Channel 8 ABC and Good Day Morning Show on Fox 4.

We have played at several fundraising dances to help raise money for the Texas Czech Heritage and Cultural Center. In addition, Czech and Then Some has recorded twice for the Big Joe Polka Show, then seen on RFDTV, and have recorded three times for the Mollie B Polka Party, that is currently aired on RFDTV.

The band has numerous years of experience playing polka music.

Josh Zapletal, who plays trumpet and guitar, is the youngest member. He started out by getting to sit in with the band and play some second and third trumpet. Josh has attended Sam Houston State University and Blinn College and graduated Texas A&M University in 2018, he has been playing with the band full time since June 2012.

Zeke Martinez plays drums, guitar, and sings.  He played a combined four years’ with Motiva (Tejano Band), St. John’s Life Teen Band and Bronco League. He joined Czech and Then Some in July 2007.

John Schumacher plays bass and sings, has been playing with the band since 2000. He previously played with the Czech Harvesters.

Jennifer Slovak plays sax, clarinet, guitar and percussion and has been with the band since 1999.

Michelle Slovak plays sax, clarinet and keyboard. She has been with Czech and Then Some since 1999. Before joining the group, Michelle played with Harry Czarnek and the Texas Dutchmen. She has also been the secretary of the National Polka Festival in Ennis since 1995 and works hard to promote Czech culture in Ennis.

David Czarnek, who plays sax, clarinet and guitar, has played with Czech and Then Some since 2010. He is also the band leader for the Texas Dutchmen, founded by his father, Harry Czarnek, and Gene Patalik in 1970. Czarnek started his musical career in 1969 playing polka music, big band, jazz, country and rock.

David Slovak plays accordion (piano and button), piano, guitar, bass, drums and sings. David played with the Henry Rejcek Polka Band 1985-88.  Joined the Czech Harvesters in 1988. David is co-owner of the band and one of two original Czech & Then Some members. He started the Ennis Czech Music Festival and is a past president of the Sokol Activity Center in Ennis.

Danny Zapletal plays trumpet and keyboard, sings and arranges for the band. He joined the Texas Dutchmen in 1980 playing trumpet alongside his father Raymond and continued playing after his father retired from the band. Danny played 18 years with Harry Czarnek & the Texas Dutchmen and rejoined the band in 2010.  He is co-owner and leader of Czech & Then Some and one of two original band members.  He joined the National Polka Festival committee in 1991 and was the executive director from 1999 - 2016.  Danny has worked with many other organizations to help promote our Czech heritage. He served on the committee which brought the Deputy Prime Minister of the Czech Republic H.E Karel Schwargenberg to Ennis.

The band has eight recordings on CD with two of them on cassette tape.

The first recording is” On The Street Corner”, the second is entitled “Festival Time In Ennis”, the third recording is “The Easy Life”, the fourth is “A Czech & Then Some Christmas”, and the fifth is “Polkas For Everyone”. The band’s sixth recording is” A Tribute – 10 Years of Playing Polkas and Waltzes”,” A Texas Tribute to Ernie Kucera & His Nebraska No. 1 Polka Band”, “Play Old Time Polkas and Waltzes”.

The band's latest record is "Getting Better With Age".